“I am catastrophically short of money”. Sergey Galitsky’s business rules 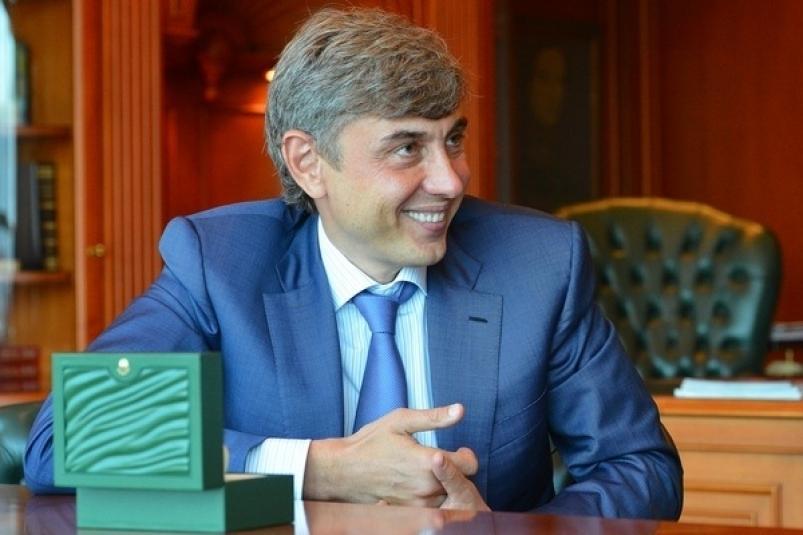 The Magnit founder on dirty floors in stores, competition and why he is not going to save the world, but is ready to build a school in Krasnodar

Last year the Russian edition of Forbes included Sergei Galitsky #32 in its list of the most influential Russians of the century. There’s a reason for that. Galitsky is the best example of a self-made businessman, who did not participate in privatization, but built a huge company from scratch. In 1998, he opened his first store in Krasnodar, from which the Magnit chain grew, with the largest number of stores nationwide and margins that made the competition bite its hand. Since 2015, Magnit has been on Forbes’ list of the world’s most innovative companies.

This year, the company did not make the list. But Galitsky is no longer at the helm of Magnit, either. In February, the entrepreneur stunned both the retailer’s employees and outside observers when, with difficulty holding back tears, he told them that he was selling most of his stake in Magnit to VTB for 138 billion rubles. After leaving big business, Galitsky focuses on soccer: he owns a soccer club of the same name in Krasnodar (the billionaire never moved to the capital and lives in his native Kuban) and built a $460-million stadium in the city. Forbes recalled some of Sergei Galitsky’s most striking statements.

Better a dirty store with full shelves than beautiful floors and two days without a car [with goods]… Let the floors be dirty, but there will be food.

Friedman #6 formed a loser complex in us. We were always second, ran after them [X5 Retail Group – Forbes], and now we are close, but then they make another deal to buy a new chain and again there is some crazy distance between us. We knew it was going to be a long chase, but we were too angry to let go. We saw their mistakes, we knew we had a chance.

It is believed that in Russia you can become successful only with the help of some behind-the-scenes games. We have never been affiliated with anybody, because our business does not require it. Being affiliated is an incredible loss of energy: you have to go somewhere, talk to someone.

People are not used to there being a business. It has never existed in Russia, and successful people are suspicious. Why is socialism good? Because there is no one better than you, you’re just as miserable as everyone else, and it feels good.

In business you can and should say what you think.

Frequent changes in the top management team are a big problem. When employees see a strong manager, they begin to put in a different effort on the course, and when there is a constant rotation, managers lose motivation, they don’t understand who they are working for.

I’m not a hero, and if I get hit over the head with a stick, it hurts, and I say, “Guys, it really hurts!” But I’m not a monkey, I have to fight my fears.

I let my managers make mistakes. First of all, it’s nice to jump on them later, and second, you have to let them be wrong. It’s silly to learn from other people’s mistakes!

I come from an ordinary family, after the army I worked for a year as a loader, I was a poor student. When we started doing “Magnit”, I had a good sense and understanding of what motivates ordinary people.

I just happened to be doing something that then came in handy in the future, that’s all. Two things. One, my father had instilled in me an incredible work ethic. He mocked me, there were no vacations, I worked all weekends. Secondly, when I gave up soccer I took up chess, thanks to which I learned to count quickly. I only slept and played chess. After a year and a half of classes I could play blindly on ten boards. In seventh or eighth grade all I did was chess, I had nothing else in my life.

I now catch myself thinking that I haven’t had breakfast at home on weekends in the last twenty years. And everyone thinks businessmen are about planes, girls, and the Côte d’Azur.

I make money so I can spend it. I find it strange when people don’t like the good stuff. It’s an aberration.

Changing the world is definitely not up to me, it’s up to Batman.

I thank God… Even though I don’t believe in God… I don’t know who to thank that I was born at this time in this country. This is an incredible country and an incredible time!

You can’t give your money to anyone. If you want to spend the money, spend it yourself, if you want to give it to charity, found a foundation named after Vasya Petechkin, control it yourself, do it yourself. I will spend all my money in my lifetime.

The main thing is not to invest in something that everyone can see. You will never have the best restaurant, the best car wash, or tire fitting shop, because the competition there is unbelievable. You have to look for those niches which are hidden, invisible.

The role of people in business is exaggerated. If a system is set up correctly, it generates the desire to achieve results.

I am always skeptical of boards of directors. People who are not at all engaged in this business come in promptly and will tell me what to do! Well, let me go to the doctor now and tell him how to operate. Boards of directors work where the owners don’t run the business.

In business, you don’t have to be afraid to go out every day with an open mind and have a chance to lose everything. When you’re afraid of losing everything, you have to admit that you no longer have the will that you had. You have to respect yourself. You have to believe in yourself.

You’ll laugh, but I try to do everything honestly in business. Basically we have to be honest and do honest business. Because it’s more pleasant.

Why be a hustler all the time? I don’t understand the thrill of a business where you can’t beat a competitor with your intelligence.

I don’t hold a grievance against this state. Don’t demand more from this state than it can give. We compare ourselves to the old democracies all the time. Many admire the Queen of England, but let us remember how she distributed English lands to her closest associates and what her ancestors did in India in the 18th century, for example. That is, we are as young a state [as England was then. – Forbes]. Our state is doing exactly what is typical for a state at this stage of development.

I live in Krasnodar, and I don’t like the Soviet architecture in the city. But I can hide it with proper landscaping. It will cost $4-5 billion. I want to build a good university in Krasnodar, a good school in Krasnodar, so that the rich don’t send their children abroad – it will cost another half-billion each. At the same time, I must not lose the controlling stake in the company. I am catastrophically short of money, I am terrified all the time!

We need to be calm and patient, trying to improve this country a little bit every day. This way is more correct, though slow, but there is no other way. We are another century in a succession of centuries. We should not be interested in what they will write about us in history books. We should be interested in the quality of life of our people. With such natural resources and intellectually advanced people, we deserve a better life. This is what we all should strive for.

I live in Russia, it has its own peculiarities, and I don’t want to look blissful. If you think that Jesus Christ is sitting in front of you, you’ve come to the wrong office. I’m a regular person with a lot of mistakes. We make a hundred decisions every day, probably 49 of them wrong. Then we pay for those mistakes and wonder how to fix them.